Bucknell’s South Asian Student Association (SASA) proudly presented the 47th annual SASA Dinner to the campus and Lewisburg community on November 3rd in Larison Dining Hall. As the oldest student-run event on campus, the dinner strives to share various aspects of different cultures through experience. Members are also especially given the opportunity to take pride in South Asian culture on this night as they educate others. The first major component of planning the dinner included choosing the theme. Our theme this year was special in that it was inspired by the movie, Crazy Rich Asians. With this theme in mind, we focused on the development of film and how the film industry has evolved after overcoming many obstacles in each place.

Through songs, dances, and historical backgrounds of each country, we were able to teach our audience about South Asian cinema. SASA members performed dances to a few compilations of songs, including “Akhar/Rolex Bhangra Remix,” “Dhoom Taana/En Aasia Mithiliye/Lean on x Nakhareya Mahi” and “Sweety Tera Drama/Kala Chashma.” The Bisonettes also joined us for a second year as they performed a Bollywood dance to the songs, “Unakkum Enakkum/Rangilo Maro Dholna.” Our musical performance came from a Nepali group to the song, “Ram Sailee.” 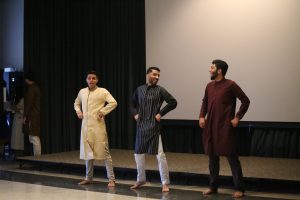 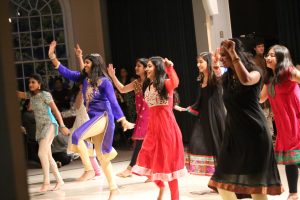 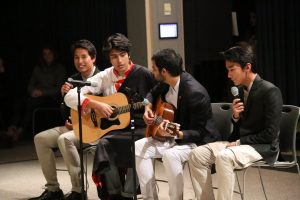 A special part of our dinner includes a segment called the “How To Dance” portion, which occurs right before dinner. During this portion, SASA members gathered audience members to the stage to teach them a few steps of a Bollywood dance, which everyone seemed to enjoy learning. Additionally, a couple of our members put together a skit that is representative of a typical modern-day movie scene. As a special addition to this year’s dinner, we had an awards ceremony. We presented awards for best actor/actress, best dressed, most enthusiastic, best choreographer and more. 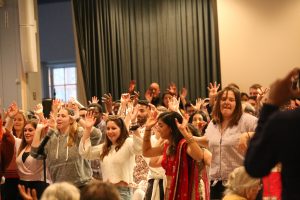 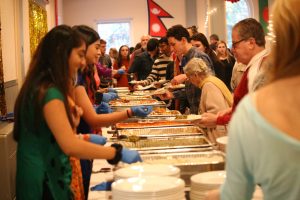 One of the main parts of the night was obviously dinner! The menu included some of the most common South Asian dishes and desserts, which was all catered from India Pavilion located in State College, PA. After spending weeks preparing for a fun-filled, eventful night, we are so proud of all we accomplished and that we were able to share our cultures with so many people. The dinner was a huge success and we can’t thank everyone enough for their support in making the night possible! 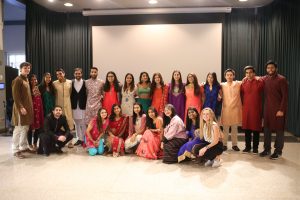 Posted by Nigesh Prajapati on November 28, 2018
No Comments