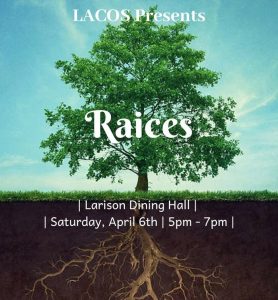 On Saturday, April 6th was “Raices,” an annual gala produced by Latinx Alliance for Community and Opportunity for Students (LACOS) club at Bucknell. The event was held in Larison dining hall from 5-7 pm. Every year, there is a distinct theme for the gala, and this year’s theme focused on understanding the roots of Latinx culture, which can be compared to a tree, where the roots are grounded and span into different directions. This year’s gala featured a number of performances that included a traditional dance from Mexico, a Bachata group dance, a performance from the Bisonette’s dance team, a solo, a duet, and a lesson on how to dance “Caballo Dorado,” a grupera from Mexico, along with a salsa dance routine.

Another important aspect of the gala was food as the LACOS e-board was able to have the event catered by a Mexican restaurant “El Sol” in Harrisburg. Trying to be representative of most countries in Latin America, there was a diverse variety of food, and each table had a flag from a different Latin American country. There was also an influential person on each table to celebrate the “roots” of each country’s social trajectory.

Toward the end, the overall atmosphere was bittersweet as LACOS introduced the new e-board and said goodbye to the old one. Current junior Leslie Galvez, who will be the president of LACOS next year ended the event with meaningful remarks thanking the performers and her e-board for the hard work and dedication they put into the event. People gathered to the stage, taking pictures together, capturing a moment so crucial to the diversification of the social climate at Bucknell University. 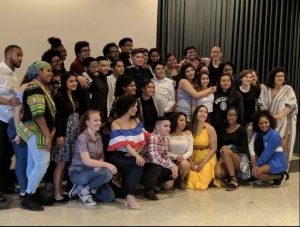 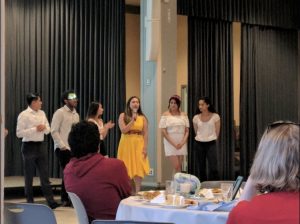 Posted by Nigesh Prajapati on April 10, 2019
No Comments